All You Need to Know About Florida's Ferocious Hurricanes

Since the beginning of time, Miami, Florida has been one of the main epicenters of mother nature's most intense tropical storms, hurricanes. Due to the city's location being off the coast of Florida, it finds itself in the path of these intense and very often destructive storms.

Starting in June and ending in November, the Atlantic hurricane season poses threats to Florida's coastline due to the waters in the Atlantic and Gulf of Mexico being warm enough to produce tropical waves.

To help you understand how hurricanes are born, how they work and its impact in our coastal cities, Miami Living brings this special report.

how are hurricanes measured?

To gain an understanding of hurricanes, a wind scale was developed specifically to measure wind speeds and the strength of storms. The scale named Saffir-Simpson Hurricane Wind Scale was developed in 1971 by civil engineer Herbert Saffir and meteorologist Robert Simpson, who at the time was director of the U.S. National Hurricane Center. In fact, the scale came about when a devastating hurricane hit Robert Simpson's hometown when he was just a young boy. Later on in life, Simpson used his traumatic experience as inspiration to become a meteorologist and the director of the National Hurricane Center. His scale was introduced to the general public in 1973 and saw widespread use after Neil Frank replaced Simpson at the helm of the NHC in 1974.

Once winds are at 74mph or higher, it is classified as a hurricane. Below highlights the damage that can occur from each category of a hurricane:

Category 1: Will produce some damage

Category 5: Catastrophic damage (including but not limited to Category 4 wreckage), destruction to coastlines, infrastructures collapsed

Miami's hurricane history is quite extensive, leaving the city with mass devastation at their hands. Here is an overview of the cities past hurricanes that have hit harder than expected.

Record-breaking winds were recorded as the storm's eye passed over downtown Miami and parts of Coconut Grove and South Miami. Resulting in water from the Atlantic extending across Miami Beach and Biscayne Bay for several blocks.

The Red Cross reported that 372 persons died and more than 6,000 injured. Damages were around $105 million, equivalent to $1.5 billion in damages today. 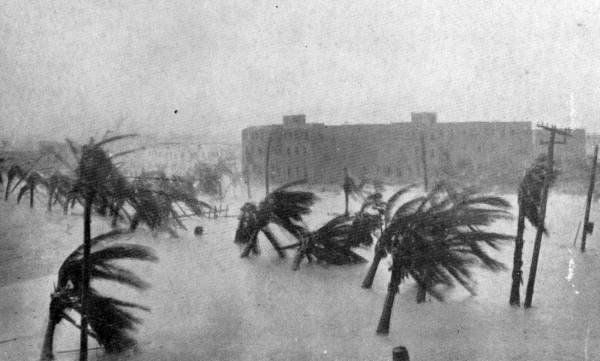 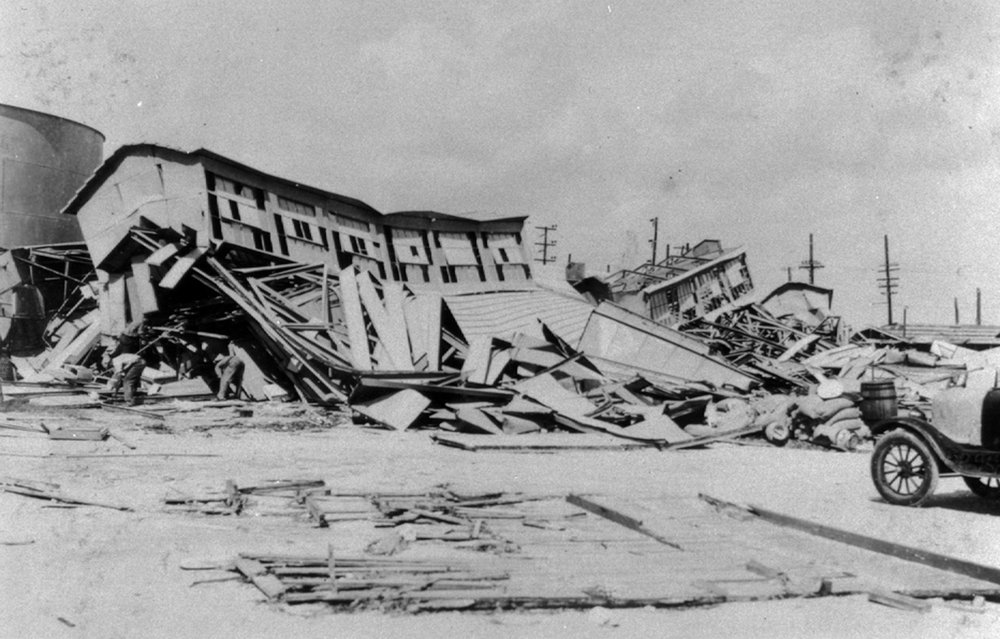 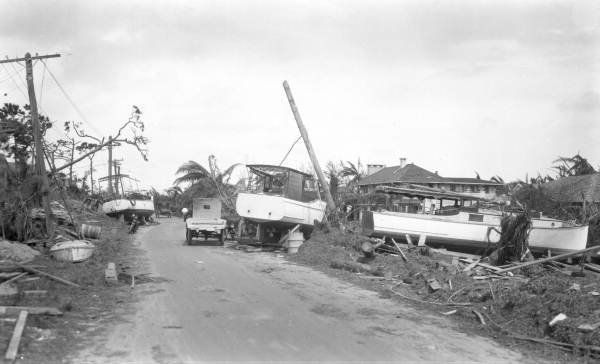 Making history, the Labor Day hurricane is the most intense landfalling hurricane a category 5. Taking the lives of many veterans who were camped on Key West island for a government project. The derailed train pictured below was on the way to save the veterans but never made it.

Intense winds hit the coast while creating a storm surge large enough to create major devastation. Heavy rainfall was reported in the Miami Dade area with 7 to 10 inches of rain. Tides in Miami Beach ranged from 2 to 4 feet above normal not being the main factor of the devastation in the area. Dona reached maximum sustained winds of 130 mph (210 km/h) on September 4, killed 439 people, and caused $980 million in damages ($1.4 billion in 2020).

Known to be one of the most destructive hurricanes to ever pass through South Florida, Hurricane Andrew developed off the coast of Africa as a tropical storm. In just a few days, Andrew was headed towards Homestead, Florida where it later made landfall on August 1992. With 1-minute sustained wind speeds as high as 165 mph (266 km/h), the destructive Andrew passed directly through the city of Homestead in Dade County causing extreme devastation. It destroyed more than 63,500 houses, damaged more than 124,000 other structures, caused $27.3 billion in damage, and left 65 people dead. Thousands were left homeless, businesses were destroyed and many fled the area as the hurricane strikes. 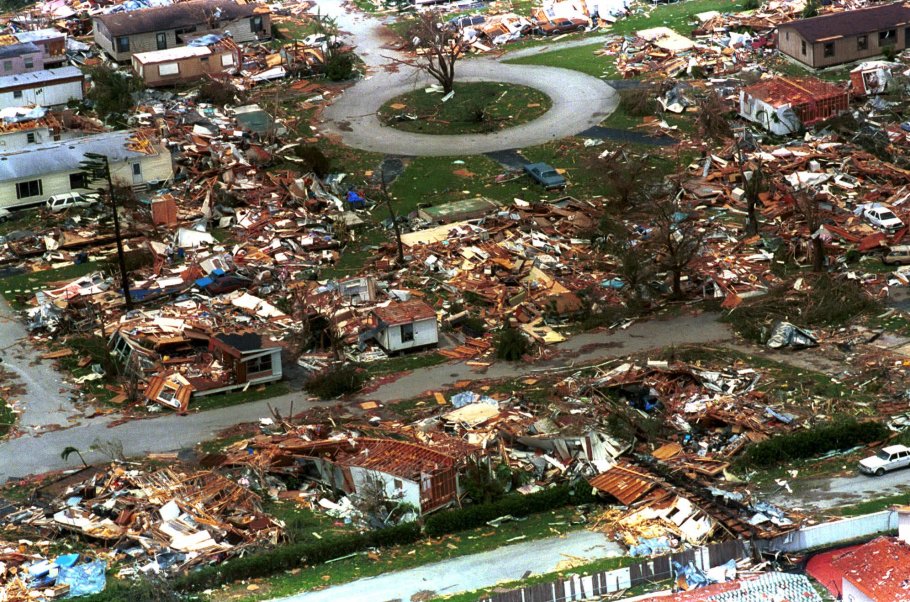 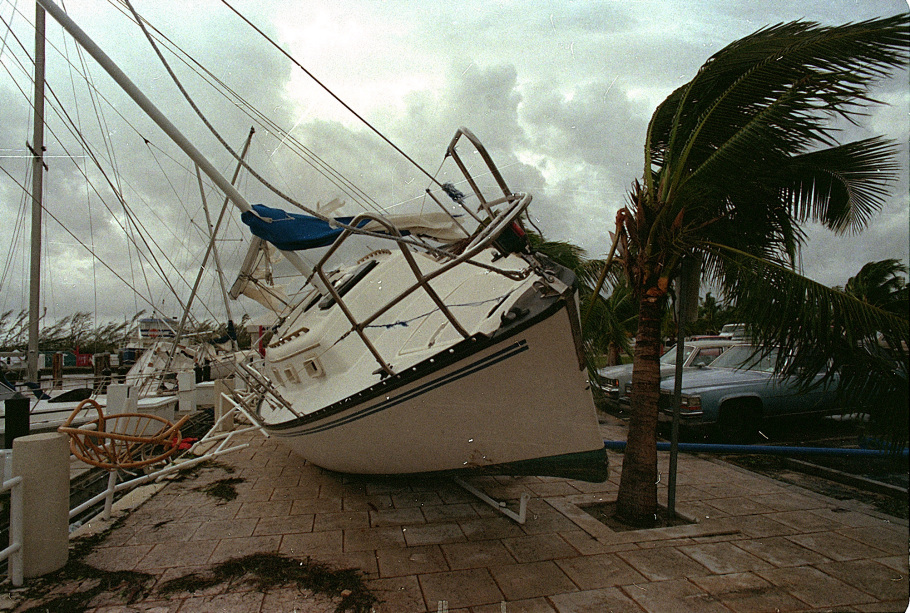 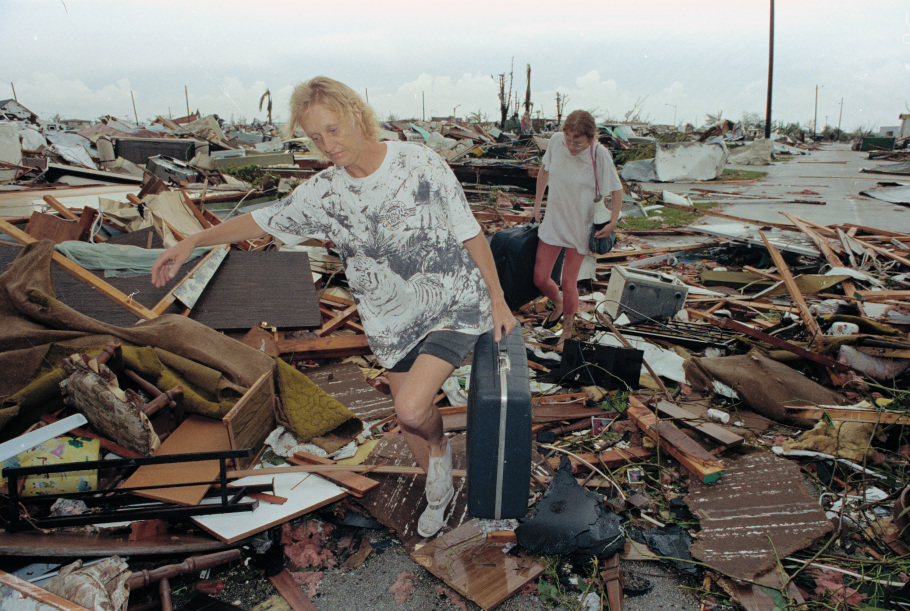 On its way to South Florida, Hurricane Wilma strengthened leaving buildings crumbled, windows shattered, and universal power outages in Broward, Miami-Dade, and Palm Beach Counties. Wilma's strength stopped water services to many, forced hospitals to evacuate, and took the lives of 25 people. Damage totaled to $22.4 billion was reported, most of which occurred not only in South Florida but also in Texas and other neighboring states.